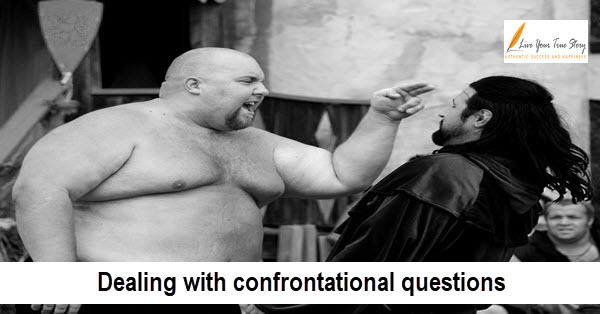 ​While I was used to passive aggressive behaviour; I hadn’t really paid any attention to confrontational questions until I was spent some time living in England, during my late 20’s. While waiting for my accommodation to become available, I spent a little time living in hostel. There was one staff member there who used confrontational questions to belittle or undermine people whenever he felt threatened or slighted.

Many of the people there were in England to learn the English language. If he had a problem with them he would pick on any mistake they made with the language and, in front of everyone, he would use a confrontational question, e.g.:

​He knew they were being taught this stuff and, as a man who spoke 5 languages, he knew they were new learners who were going to make mistakes. He was just using these questions to insult their intelligence in front of everyone.

​1. Did you not think of that beforehand? 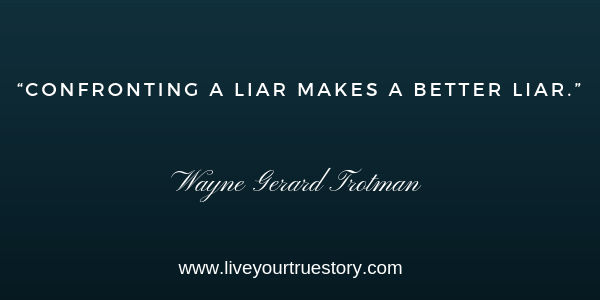 ​When I was looking for a job in my younger days, I once went to an interview for a caring position. It took some time to get to the interview and I was a little nervous but once the interview started, I was relaxed and performed really well.

By the time I was finished the interview, they were offering me the job when a problem cropped up. I didn’t have a driver’s licence (I still don’t) and one was needed. They hadn’t mentioned one in the job advertisement or, when they called me to offer me an interview. On hindsight, I should have thought to ask but it just hadn’t occurred to me at the time.

Obviously, I didn’t get the job, but I was still delighted to have had the interview experience. Then when I got back home and explained what had happened, one friend asked:

‘Did you not think to ask that beforehand?’

It was the tone with which he asked the question that was the problem. It was deliberately provocative and contradictory to the support and positivity I was getting from the rest of my friends. He did get a confrontation but not from me. One of the girls told him where to go so, it backfired on him as I got to have the last laugh.

If you are struggling with passive aggressive behaviour, check out 'Tackling Passive Aggressive Behaviour.' 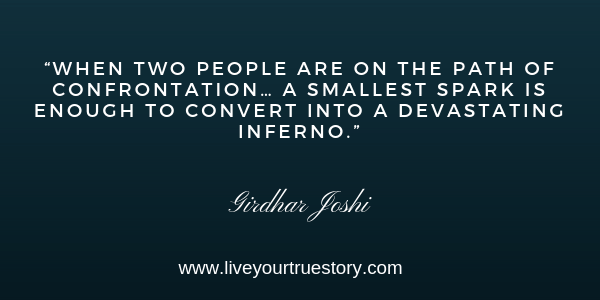 ​I am sure you have heard this deliberately over-the-top question before. When somebody thinks your idea is not a great idea, the proper thing to do would be to challenge it in a calm and constructive manner. This helps you to see the holes in your idea and, it avoids unnecessary confrontation.

However, the passive aggressive person wants confrontation in the form of a reaction from you where they can paint you as the bad guy. So, rather than politely challenge the idea, they want to make it look like your idea is completely absurd. So, they will ask something like:

​It’s like shouting at you that only an idiot or, insane person could believe that. When they ask this type of question in front of others, they are also hoping that it might help others to see the holes in your idea, so that they will join in.

I don’t care who you are; it is not pleasant when others are challenging your intelligence in public. That is what the passive aggressive person is aiming for with these types of confrontational questions.

Passive aggressive people may use confrontational questions to provoke you but; if you refuse to bite, it can help to highlight the insensitive and provocative nature of the question. This then makes them look bad.

​3. Why would you even consider that? 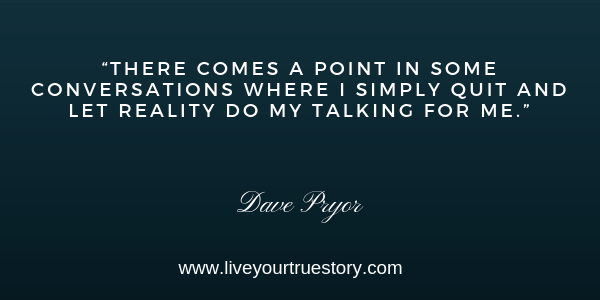 ​This type of question tends to crop up when you are attempting to solve a problem or, you are taking on a new challenge. Either way, you are probably a little nervous, lacking confidence and; you are taking a risk as you are uncertain of the outcome.

When you are lacking confidence, a normal person would find a way to support you, but the passive aggressive person sees an opportunity to undermine your confidence, when you can least afford it.

​4. What possessed you to do that? 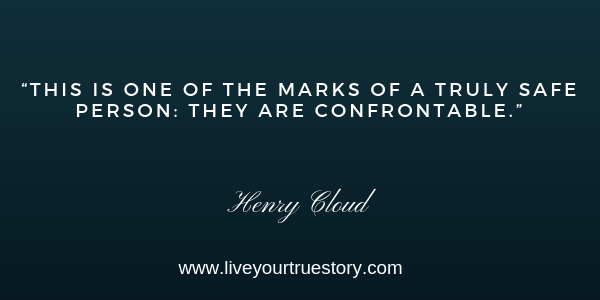 ​Everyone makes mistakes. One of the most endearing things about human beings is the fact that we are all fallible. So, when you make a mistake, what response would you hope for from the people in your life. I am guessing that you would like to receive support; just as you would like to give support when someone you care about is going through tough times.

After all, when you screw up, you know you have screwed up. Nobody needs to beat you up for it because you have most likely berated yourself for your mistake. But your good old passive aggressive friend doesn’t think you need support. They think you need a massive spotlight shone on your mistake; bright enough for everyone to see.

​Again, the passive aggressive person is trying to use confrontational questions to undermine you, belittle you and, question your intelligence. They want to embarrass you in front of others and, eat away at your self-confidence.

​To respond correctly to confrontational questions and passive aggressive behaviour, you need to first understand the issue and then, learn to implements the most appropriate strategies.

​'Tackling Passive Aggressive Behaviour' will give you both the understanding and the strategies.

​Confrontational questions are a tool used by passive aggressive people to pick holes in your ideas and actions. The aim is to undermine and belittle you so that you will overreact and appear to be unreasonable. Of course, if you do give them the reaction they are looking for, you can be sure that they will be ready to act all innocent and offended. You will be made to look like the bad guy. However, once you are aware of what they are up to, you can determine a more appropriate course of action which does not give them the response they want. Just remember that there is little more infuriating for a passive aggressive person than someone who refuses to fall for their silly games. So, recognise the confrontational questions and; don’t bite.

Understanding and managing your emotional triggers

Most Popular
Recent
Why do you fail to make changes? 0 comments
Why are you receiving the silent treatment? 0 comments
Are you being aggressive? 12 signs of aggression you need to recognise 0 comments
13 Simple strategies for building trust 0 comments
What did you communicate? It probably wasn’t what you think 0 comments
Why do you fail to make changes? January 15, 2021
Making real connection to enjoy the richnesss of life January 13, 2021
One focus word for the year ahead January 7, 2021
Don’t postpone your happiness November 24, 2020
How to decide what you should be doing November 21, 2020