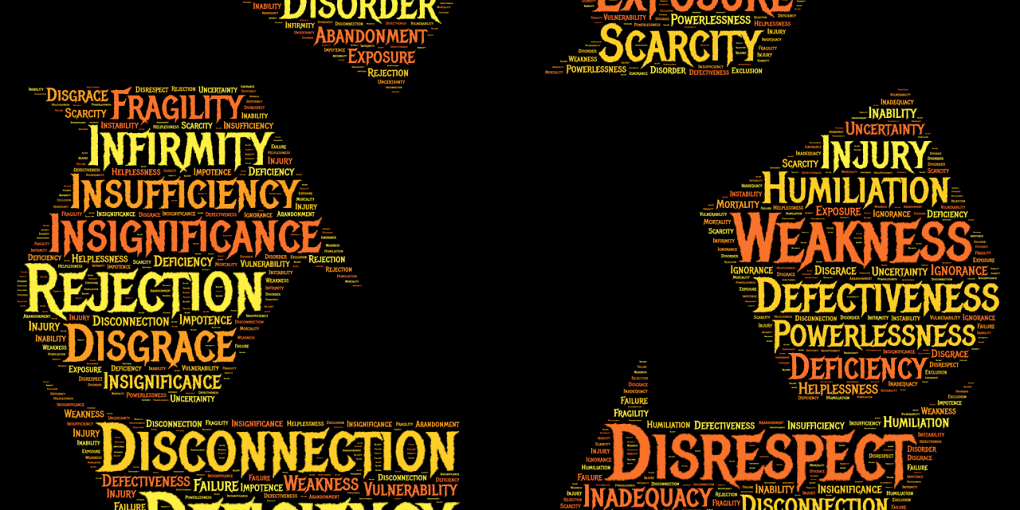 People with self-defeating behaviours often have a feeling of loss of control. They feel that the outcomes that they are achieving in life lie outside of their control; despite the fact that we have a great deal of control and influence over almost every aspect of our lives. This loss of control is something that we need to stop. There are many different reasons why an individual might employ self defeating behaviours. These range from a poor self image to an inability to make strong social connections.

Whatever the origins are, self defeating behaviour is a cause for significant concern. By its very nature your problem will increase because of the negative feedback loop that self defeating behaviour creates. For example, if you believe that you have poor social skills, then you are less likely to make the effort to form new relationships and, strengthen existing ones. As a result of your lack of action, you will experience weak social connections which will only serve to reinforce your belief that you have poor social skills. It’s a self fulfilling prophecy.

You need to identify within yourself what your self-defeating behaviour is. Sometimes it can be obvious and deep down; you will know that you have this issue. In other cases, there may have been many people who have called you out on that particular issue. However, there will be some cases where it is insidious and takes a long introspection for you to understand what the problem is. The good news is that when you commit yourself to finding and, eliminating, these self defeating behaviours, you shine a light on the darker areas of your life which serves to illuminate the problem.

So, you might ask yourself what are examples of self-defeating behaviours. Well, they are varied and can range greatly. Common examples are the generalisation of the negative; where negative past experiences are generalised to the point that you feel that any new experience will also be negative. In my opinion, the most common is the abdication of responsibility.

For example, when you were young your parents will have decided everything for you. Anything that they did not decide was most likely decided by another authority figure e.g. teacher, politician. You had no freedom of choice whatsoever. As you got older you had the opportunity to take more decisions for yourself. However, if you abdicate responsibility for your decisions, it is easier for you to put the blame on others e.g. your parents. You might generalise that every situation you encountered was not your choice; it was a result of the way you were raised and the life that others created for you. That means that you always blame someone else for your own shortcomings. This is an example of a self-defeating behaviour because even if others tell you what to do, you get to decide whether you will obey their orders or not. If you deny that you have responsibility for your life, you sacrifice the opportunity to create the life that you really want; something which certainly lies within your control.

Here are some steps you can take to help identify the self defeating behaviour:

1.   Write down any self defeating behaviour which you think you may struggle with. If you think you don’t have any then note that.

2.   Write down any negative behaviours you perceive; whether you feel that you have control over them or not

3.   Write down any self defeating or negative behaviour which others have raised. You might also ask some trusted friends for their thoughts.

These are just some examples of self defeating behaviour which you might experience.

Recognising self defeating behaviour is empowering

You also have to admit to yourself that you could have a problem because self defeating behaviour is a problem and one that gets progressively worse. In order to break the cycle of escalation you need to recognise it as a problem. These are easier said than done but remember that the first step is always problem identification i.e. awareness.

This is the foundation of the discovery process. Without knowing what the problem is you cannot move forward. Just like any scientific approach to a problem you need to start by defining the problem and proceeding from there. In self defeating behaviour this is doubly important because once you recognise that you have an issue with yourself; you realise something far more important – as your thoughts and behaviour are the source of the problem; you have the ability to rectify the problem. This is truly empowering and realising it means that you are already half way in your change process.

The greatest tool for identifying self defeating behaviour

The greatest tool to help you identify if you have self defeating behaviour and more details about it, is keeping a journal. Keeping a journal allows you to see the relationships between events. For example, you may have noticed that you start pushing away people emotionally when they start getting close. This may not be obvious to you but on a journal, you can how these events occur over time and, easily identify correlations between events.

The consequences of self defeating behaviour

Consider a time when you didn’t have this self-defeating behaviour, can you remember? Do you remember how you felt and how it was different from today? Most importantly do you realise what happens when you act that way? Do you know how people around you feel, especially those that are close to you and love you? These are the questions that you need to internalise and think about.

Confidence is a great antidote to self defeating behaviour. If you feel that you might lack confidence, check out Unbreakable Self Confidence.

When things don’t go the way we plan in life, we have a tendency to look outside of ourselves to find the problem. Many times, our lack of success will have been influenced by circumstances beyond our control. However, there is always something that you can do to try and improve your outcomes. Even where outside events have had an influence, you are likely to find that some of your behaviour was self defeating. Self defeating behaviour is like the ultimate bad habit; it keeps on costing you the opportunity to progress with your life. When you take the time to identify your self defeating behaviours and, eliminate them, you clear away many of the biggest obstacles that stand between you and success; dramatically increasing your chances of living the life you desire.

How to reduce overwhelm when starting something new

Gaining a true perspecitve on worry

Conquer your fears and speak with confidence

Objectively assess your outcomes to learn from the past