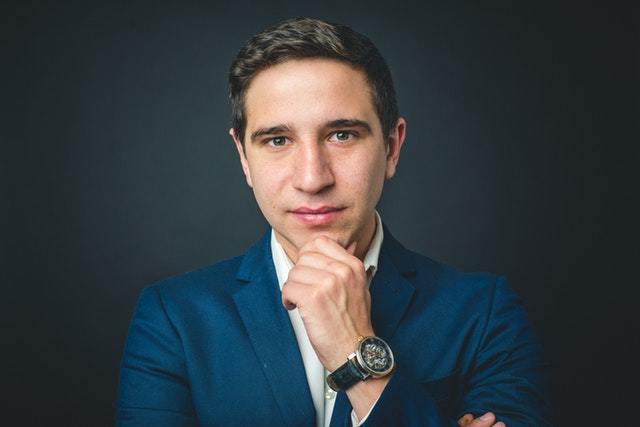 Authenticity is one of the most important components of a happy and confident life. It simply means that we are true to who we really are. When we lack authenticity, it is usually because we are seeking approval. We pretend to be something we are not to have someone else view us in a more positive light. Of course, when we are lacking authenticity and pretending to be someone we are not, then even it if they approve, it is not really us that they are approving of. They are instead approving of the person we are pretending to be.

When we live with authenticity, we are true to our own purpose and values. We have our own goals and dreams and we give them priority in our life. Decisions are made based on what we believe and how the choices align with what we are trying to achieve and how we want to live our life.

With authenticity, we give ourselves the ultimate respect by giving ourselves permission to be who we really are. This in turn makes it easier to afford the same level of respect to others. Authenticity allows us to recognise and respect the authenticity in others. That way we don’t need to approve or disapprove of them and we don’t need to judge them. If they do something which we don’t agree with, we focus on the behaviour rather than the person. Even if it gets to the point where we can no longer have them in our lives, we make that judgement based on the behaviours we witness/experience rather than judge the person themselves.

Authenticity doesn’t always make life easier but it does make it easier to live with the consequences of the choices we must make.

Lacking authenticity is a sign of negativity whereby you feel that you are not good enough. I have written a FREE Guide to help you transition from Negativity to Positivity.

When we start out in this life, authenticity comes naturally. But as we get older, it can be difficult to resist the temptation of peer pressure. It becomes easier to pretend that we are something which we are not. The following are some common examples of where people lose touch with their authenticity:

I once had a friend who was obsessed with the idea of being ‘somebody’. He was horrified by the idea that other people would see him as a nobody. He seemed to envisage himself gaining some sort of status within the community. To facilitate his desire to be somebody, he would always pretend to be something he was not.

He would act like he was a successful business man and make little of people who tried to start their own business. He would sneer at them and tell them that they hadn’t got what it takes to succeed in business.

Of course, the reality was far different. Despite being an incredibly talented tradesman, he wasn’t finding his own work. While technically he was self-employed, he didn’t work under his own name and he was contracted out to another company, in an area other than his trade. He was almost entirely dependent (more than 95%) on another company to supply him with work.

Given his talent, he should have been able to sew up all the work in our local area. He comes from a very popular family and before he had qualified in his trade, he had worked in the two biggest factories in our home town. The number of potential contacts he should have had was amazing. But due to his bad attitude, he couldn’t get much work locally and instead, he had to travel to Dublin each day; adding 2 hours each way every day.

Note: Successful business people don't feel the need to knock others down. They are more focused on their own goals and where time permits; they are more inclined to try to help others than belittle them.

2. The fountain of all knowledge

We all know people who enter a conversation and suddenly know everything about everything; even though they don’t. I used to be a bit like this myself.

Conversations should be a meeting of two or more people who can each add their own thoughts, free from judgement. Of course, the fountain of all knowledge doesn’t see conversations in this way. They see the need to be right and, for them to be right, they feel that everybody else must be wrong. I couldn’t even begin to count the number of times I found myself arguing with someone only to later realise that we were making the same argument but using different methods to explain it.

The fountain of all knowledge is best left to their own advices because as soon as they start talking, they begin to highlight the fact that they are not very knowledgeable about the topic.

Thankfully, I have learned effective communication skills. I now try to stick to topics which I have some knowledge on and I have more confidence to say that I do not know anything about a topic. I have also achieved the mindset shift to realise that conversations are not competitions but opportunities to learn.

Note: Most people are more impressed by somebody who acknowledges that they know nothing about the topic than by somebody who fakes knowledge. And, it is usually easy to tell when somebody is faking.

A few years ago, I worked with someone whom I had thought was a friend. My business was in its infancy and I needed the extra income, so I took the job with the intention that I could work on my business in the evenings and at the weekends. It turned out to be a horrible experience and the guy whom I had thought was a friend proved to be a real jerk.

One of his many annoying behaviours was that he always ran his mouth off as though he was some type of hard guy. Of course, most people who talk tough are not tough and; after listening to them a couple of times, everybody knows they are not tough. There is one example which really sticks in my memory.​

This guy was a window fitter and every time a job got difficult, he would resort to blaming the guy who had done the measuring. The whole way home in the van he would be calling the measurer every name under the sun and stating how if it was his company, he would sack the measurer for incompetence. The next morning when we would be loading the van, he would give a repeat performance for all the other fitters.

Note: While consistently talking tough and running others down annoys people; it is even worse when you never do anything about the things which are at the root of your complaints.

Lacking authenticity is a sign of negativity whereby you feel that you are not good enough. I have written a FREE Guide to help you transition from Negativity to Positivity.

4. Keeping up with the Jones’

Do you feel rich? Have you ever felt rich? Do you know the most important criteria in determining whether you will feel rich or not?

You might be surprised that your income is not the single most important criteria in determining whether you will feel rich or not. Nor is your expenditure. The main criteria in determining how rich you feel is how much those around you are earning in comparison to you. If you earned $50,000 in a poor country, you would likely feel rich – unless you lived on a street full of people who earned much more. If you earned that salary in a very wealthy country, you wouldn’t necessarily feel very rich.​

It seems that we are naturally inclined to try to keep up with the Jones’. And that is sad because we end up spending our lives pursuing goals which are not important to us just because we are trying to impress others e.g.

Note: When you try to keep up with the Jones’, you are allowing others to set the path for your life. You will be much happier if you discover and live your own purpose and set your own personal goals.

How do you maintain your authenticity?

Be Yourself! You already are someone; with a lot to offer this world. Don’t try to be what you think others want. Build your life from the inside out. Take the time to work out who you really are and build your life around that. That way, you will allow your light to shine and when you do, you are more likely to meet more people like. Be somebody today by committing to be the wonderful person you were born to be.

If you want to learn more about who you really are; Values Based Living will set you on the right track.