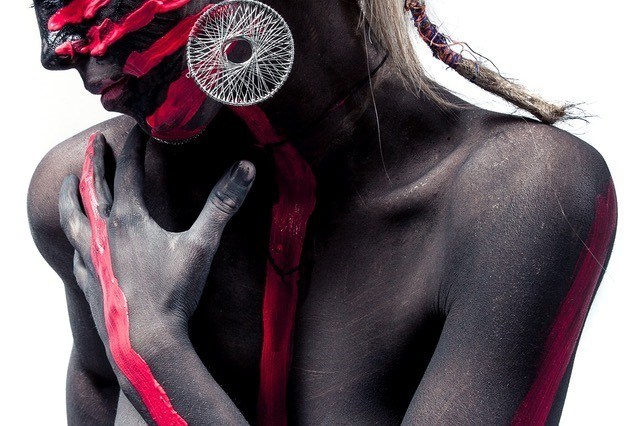 In my previous post, I wrote about the need to remove toxic people from your life. You can check that article out here. While I am a spiritual person and I do believe in trying your best to get along with people; there are a small percentage of people (toxic people) who need to be removed from your life because they are far more trouble than they are worth.

Many of the common behaviours of toxic people are easily identified. They are so obnoxious that an alien life form could land on the Earth and within five minutes, they would figure out that this toxic person needs to be avoided.

However, there are some common behaviours of toxic people which can easily go undetected if you don’t know what you are looking for. To illustrate these points, I would like to use an example of a communication I recently experienced.

If you are on my email list, at some point, you opted in for a free resource e.g. an eBook or report. This is then delivered by email whereby you can click on a link and get access to the resource.

I received an email from this man (name withheld) saying that the link was broken and he could not access the eBook. I strive to deliver what I promise so, I immediately tested the link from phones, computers etc. The link was working. On the very rare occasions that this happens, it is usually settings on the other person’s computer. So, I told him exactly how to resolve the problem.

Rather than implement the solution, he replied with an insulting and abusive email. I don’t tolerate insults or abuse. I reminded the man of the solution I suggested (which worked); I explained that I have a zero-tolerance policy on abuse and told him not to contact me again. I also removed him from my email list.

He emailed me again with the following reply (I have copied it word for word, undedited):

You are really a good and effective communication expert. The ability to cushion unprecedented and unpredictable responses from anyone among thousands of people should aptly demonstrate your expertise.

by now you should have rated me and recommended some of your materials to me rather than shoving me off. Always expecting pleasant comments. may not always be so. Be open to accommodate anyone. my response shows you have work on your hands or dont you think am one of the reasons why you are out there; to teach and instruct so at the end your work would have been accomplished by helping me.

Anyway thanks for your prompt response, concern and suggestions to help me open the requested document

I have chosen this email because it contains a few of the common behaviours of toxic people which I can highlight for you.

Learn powerful strategies to deal with toxic/difficult people with the 'Deal With Difficult People Handbook'.

I will go through this response piece by piece to highlight some of the common behaviours of toxic people which are not always easily noticed.

If you read through the full response, you will see that there is no attempt made to acknowledge that he has insulted me. There is no apology offered (not that I am a big believer in them) and the overall tone of his message is that I should just put up with his insults and give him the help he is looking for.

Toxic people rarely ever take responsibility for their actions. They regularly try to shift the blame towards the other person and the whole thing becomes a matter of them getting what they want. Anything else is irrelevant to them.

Toxic people refuse to take responsiblity for their actions.

You will see that the response began with some praise:

‘You are really a good and effective communication expert’.

From my experience, when someone has been rebuked and they begin their reply with a compliment, it is akin to the bloke who says, ‘I am not racist but...’ i.e. they are trying to pretend to be one thing but they will quickly prove to be something else.

One of the most used feedback techniques is the ‘Sandwich Technique’ where you begin with a compliment/praise, deliver the painful feedback and then end with another compliment. I am not the biggest believer in this technique as it is regularly abused by people who just want to say something mean/cruel and they only come up with a meaningless compliment/praise at the end, in an attempt to water it down a little.

When you have been on the end of the ‘Sandwich Technique’ a few times, you soon learn to look past the insincere compliment; at what is really being said.

Another favourite trick of toxic people is that, no matter how ridiculous, they find a way to switch the blame for any conflict to the other person. Apparently, as a communication expert (his words) I should be able to prove my expertise by taking insults from random strangers.

‘The ability to cushion unprecedented and unpredictable responses from anyone among thousands of people should aptly demonstrate your expertise.’

This is a common misunderstanding among toxic people. An insult does not have to offend you for it to be wrong. People have no right be abusive and offensive towards you. More importantly, it suggests a lack of respect and if left unchecked; it usually escalates into something more serious.

You don’t remove insulting, abusive people from your life because they hurt your feelings. You remove them because they have raised their hand to tell you that they are unworthy of your time and attention. And, by nipping it in the bud early, you can save yourself a great deal of pain further down the line.

Toxic people almost always have expectations which far outweigh the value they contribute. Take the following part of the response:

‘by now you should have rated me and recommended some of your materials to me rather than shoving me off.’

Do keep in mind that this person was not a customer. They had not paid me one cent for my work; nor did I request money from them. I provide a large quantify of resources free of charge but this guy seems to think that I am supposed to offer him some individualised service which would require a lot of time and attention. There are many thousands of people on my email lists. It would simply be impossible for me to offer such a service, free of charge, and maintain a healthy business.

I am a firm believer in regularly reviewing your relationships so that you can compare the value (positive/negative) someone brings to your life to the demands they make upon your time and attention.

The response basically accuses me of being too precious for having a problem with being insulted/abused:

‘Always expecting pleasant comments. may not always be so. Be open to accommodate anyone’

I agree with the first part of this. It would indeed be unrealistic to expect that you are going to go through life without receiving insults/abuse. It’s going to happen, whether you like it or not.

However, that doesn’t mean that you must accept it. You still have the right to remove that person from your life, reduce your exposure to them or in some cases, if you have the authority, discipline them.

The late Dr. Wayne W. Dyer used to say that you teach people how to treat you. If you are willing to let insults and abuse go, that is your right but if you want to crack down on it; you are perfectly entitled to.

Just be aware, that your response will tell the other person whether they can or cannot treat you that way.

6. A lack of self-awareness

The following piece of the response really takes the biscuit for me:

‘my response shows you have work on your hands or dont you think am one of the reasons why you are out there; to teach and instruct so at the end your work would have been accomplished by helping me.’

This guy really fails to see that while he is the centre of his own world, other people can happily survive without him in their world.

Apparently, him being abusive towards me was just a sign of the big exciting challenge that lies before me.

I certainly am somebody who gets excited by big challenges which add big value to my life.

But what value would there be for me in providing such a personalised service for someone who has done nothing but abuse me?

Toxic people struggle to realise that the rest of the world is not there to serve their needs and demands.

If you are having to deal with difficult/toxic people and you want to start avoiding conflict, the 'Deal with Difficult People Handbook' will help you get on the right track.. 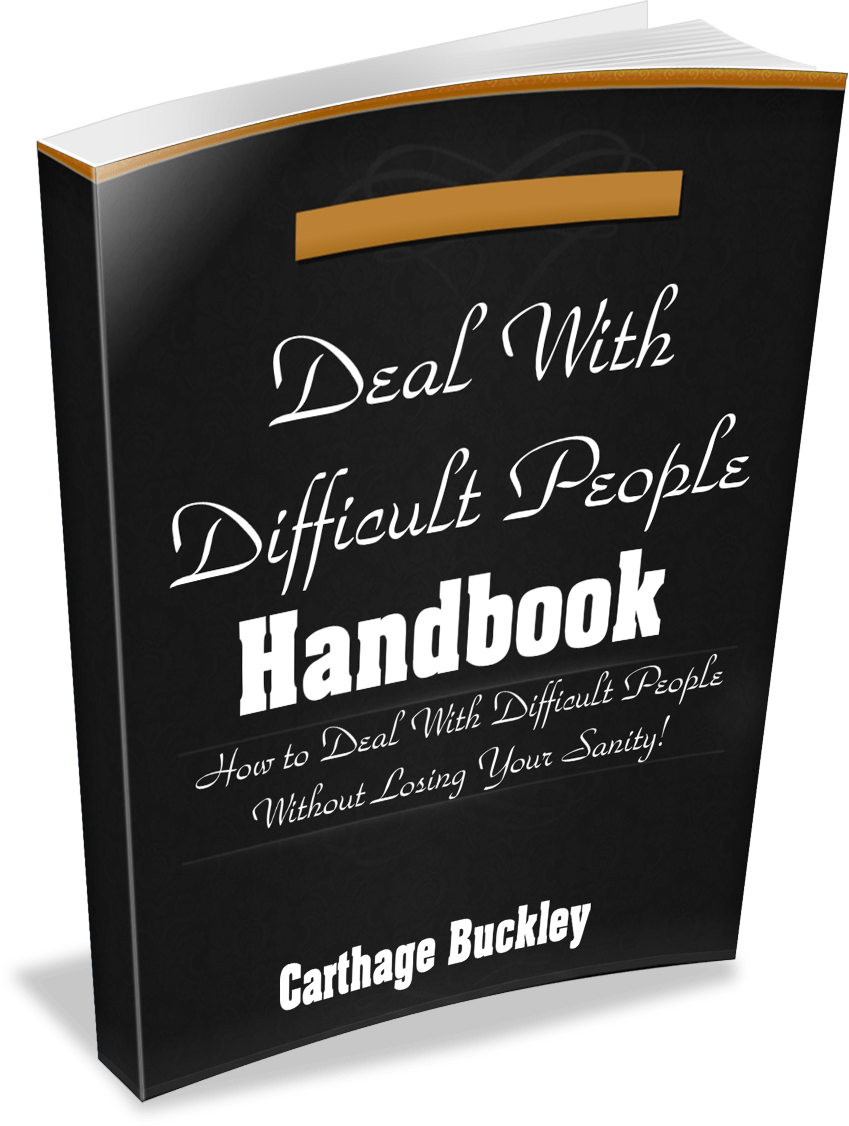 I am an advocate for trying to have peaceful, loving relationships. I have worked over the years to improve my relationship building skills. Great relationships really bring value to our everyday lives. They bring happiness, and joy and they are often the difference between success and failure as we strive to achieve our biggest goals. However, not all relationships are equal. Some people are toxic. While they will be a small percentage of the people in your life, they will create a large percentage of the problems in your life. These people are best removed from your life or, at the very least, pushed to the periphery. Their behaviour is not always the easiest to recognise but this article should have given you some good pointers.

Teach people how to treat you

A mindset for dealing with difficult people

6 Valuable pieces of advice for dealing with difficult people