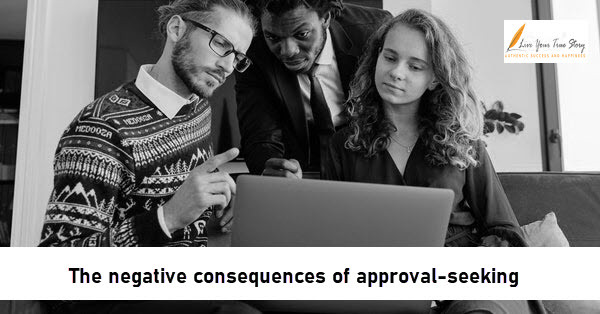 Approval seeking is one of the biggest diseases in modern society. It has always been a problem but the advent of social media has only served to magnify the problem. I have written several times about the negative consequences of approval-seeking when it is driven by you i.e. your willingness to sacrifice who you are in the hope that you will gain the approval of others. Today, I want to focus a little more on those who are trying to interfere in your life in the hope that they will look good and gain the approval of others. This behaviour is harmful on its own but it is even worse if you are inclined to seek the approval of others too. In this instance, you are likely to put up with their interference because you don’t want to look bad.

Interference and the negative consequences of approval seeking

People think that because they have the right to form an opinion, and they have the means to do so; that they are entitled to have that opinion listened to. Couple that with the ability to create social media content about the ‘good deeds’ that they have done (often fabricated or embellished) and you suddenly get people desperate to insert themselves into situations that have nothing to do with them. All in the hope that they can gain the approval of their audience i.e Friends, followers, etc. Of course, these people don’t present themselves as interfering; they present themselves as being somewhere between a good Samaritan and a modern-day Messiah.

With this new situation comes a dilemma for many people who just want to go about their daily lives. Do we appease these approval seekers by listening to their interference and following their advice or, do we listen to our internal wisdom, follow our internal guidance and set healthy boundaries to push these people to the side?

When you are dealing with one interfering approval seeker, it is much easier to follow your path but when there is a group, it becomes more difficult to resist the peer pressure.

Think for a moment about the role of the whistle-blower in modern society. We celebrate them as heroes for telling the truth. They are heroes but isn’t it sad that we live in a world where telling the truth is considered a heroic act. But for every whistle-blower, there are many, many more who will lie to themselves and everyone else to maintain the approval of the group and avoid the negative consequences of standing alone for what they believe. That is the power of approval-seeking at its most extreme.

Thankfully, most of us will never have to deal with a whistleblowing situation but we all face the demands of approval-seeking daily. It will always seem that the easy choice is to turn our backs on what is right to fit in with the group. But below, I discuss two of the most damaging negative consequences of approval-seeking.

1. You reject yourself repeatedly 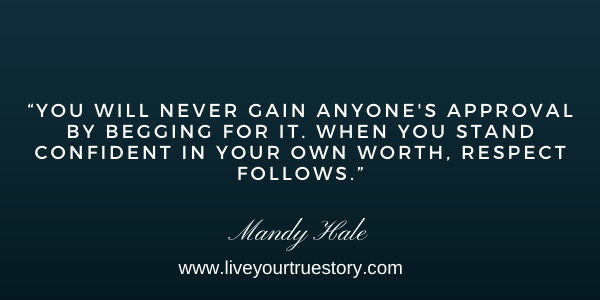 The first of the major consequences of approval-seeking is that you reject yourself consistently. You attempt to fit in with others but to do so, you are pretending to be someone you are not. What you may not realise is that every time that you change your behaviour to fit in, you are telling yourself that you are not good enough as you are.

However, what you may fail to see is that when you are pretending to be someone you are not or, you go against what you truly believe, you are telling yourself that you are not worthy. You are saying that who you are is not good enough. Low self-esteem is prevalent in modern society and continuous self-rejection is a major reason for this.

Learn to set healthy boundaries which allow you the space to take charge of your life, with my FREE Report.

2. You cause problems you did not intend 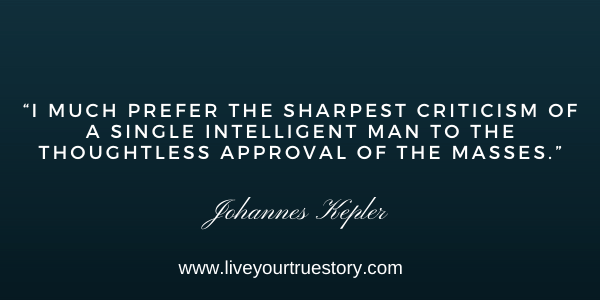 This situation can occur in any group format e.g. family, friends, work team, etc. Take time to reflect and you will see where there have been situations where someone outside the group has stuck their oar in where it does not belong. These people are just trying to attach themselves to a situation for their own sense of importance.

Some members of the group may want to appease these people and avoid upsetting them but others will want to set boundaries and politely move them along.  If you are doing the appeasing, you are going to end up prioritising the demands of someone outside the group over the wants and needs of someone inside the group. Friction is inevitable.

This often happens around death and prolonged illness. Somebody outside the family starts to express their views and make demands. The family becomes split between those who don’t want to upset someone whom they think is trying to help and those who see the ‘outside’ person as having no right to interfere. It is the type of situation where do-gooders rarely do good.

Approval seeking is a poisoned chalice. Sometimes,you need to choose who you want to upset - the one you care about or the one who is interfering in something which is none of their business.

Preventing the negative consequences of approval-seeking

I am all for considering the views of those who are directly affected by any decision that needs to be made. But considering their views does not mean bending to their will. You are here to live your life, to the best of your ability and, try as you might you are not going to get out of this life without upsetting some people along the way. At the end of the day, you must live your life based on what is best for you, according to your values and beliefs.

Take the example of death or prolonged illness, mentioned above. Is someone outside the family entitled to air their views?  I would argue that it is an exceedingly rare case where they are.

Ultimately, everybody is entitled to their opinion but that does not mean that they are entitled to have you consider that opinion.

Approval seeking is a toxic disease that attacks your self-esteem, self-belief and eats away at your relationships. In modern times, people are increasingly more ignorant of boundaries and feel that they can insert themselves into any situation. If you choose to seek their approval by failing to set healthy boundaries, you are going to create problems amongst friends and family who are entitled to have their views considered. The negative consequences of approval-seeking can cause damage which is difficult to repair. I recommend that you set boundaries and stick to them. The short-term difficulties will prevent long-term difficulties which are more complicated to deal with.