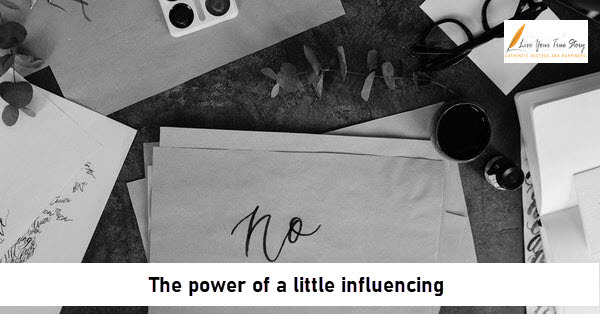 The power of a little influencing

In life, we will sometimes find ourselves in situations that we think are harsh or unfair.

They can happen in any area of life and when they do occur, we think we have not got any control or influence over the situation.

Control is often overrated and rarely necessary, but it is always possible to influence a situation.

These situations can occur in any area of life but I find that it is often easiest to demonstrate using a work-related example as most people can easily relate to it.

I was working in a factory where I had to inspect and pack the products coming off two machines.

Together, and with the other small jobs that were expected of me, two machines was more than enough work.

However, management were desperate to get me inspecting and packing a third machine.

Even though quality always dropped whenever I tried a third machine, due to lack of time at each machine; management were too greedy and continued to try and push more work my way.

This was very stressful and I often came home from work with aches and pains.

But management did not care about stuff like that.

I couldn’t keep working this way as it was affecting my health and although I could afford to leave, the job was close to home and suited me at that time.

So, I had to make a decision.

I tried saying ‘No’ but management threw a ‘hissy fit’ and it resulted in arguments which were just more stress in a different form.

Ultimately, I realised that there was always at least one technician on the shift who wasn’t packing.

So, I decided that I would work at a good but safe pace, where I gave myself the best chance of ensuring the product was to the highest standard.

In other words, I would do my best.

I would move from machine to machine, but I knew that this pace would not be enough to keep up with the machines all shift.

When machines would be full, it would be up to the technician to do one of the following: pack a machine or two, turn a machine off for a while or, let the products fall into the bin at the end of the conveyor belt.

If he wasn’t happy with that he could go talk to management and that would mean that there were two of us telling management that we were understaffed.

As long as I was doing my best, I didn’t care which option the technician chose; it was none of my business.

I was simply controlling my own actions and allowing that to influece others to make decisions.

When you find yourself in a difficult situation where you feel like you have no say; you can often just do your best and force somebody else to make the decision.

The best way to make your argument is often not to argue.

Just do your best and let others see the truth for themselves.

At the end of the day, you can only do your best in any given situation.

Stress will arise when you think you can do more than you really can or, when you allow yourself to be pushed, by yourself or others,  into attempting more than you can safely do.

Exert influence by focusing solely on your own behaviour and actions so that other people have to make the important decisions.

If you fail to exert any influence during difficult situations, there is a strong possibility will arise.

If you find yourself struggling with stress, check out 'Stress Free Living'. 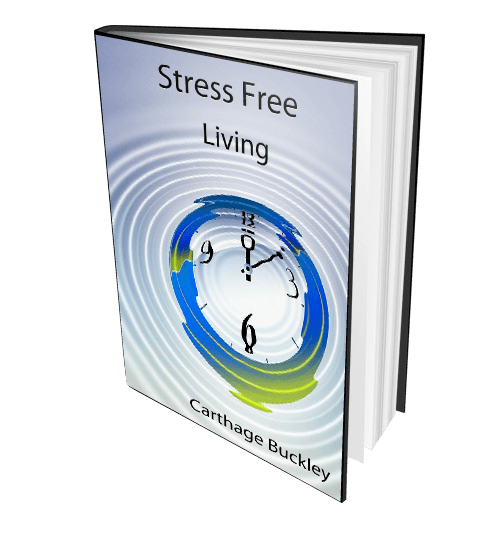