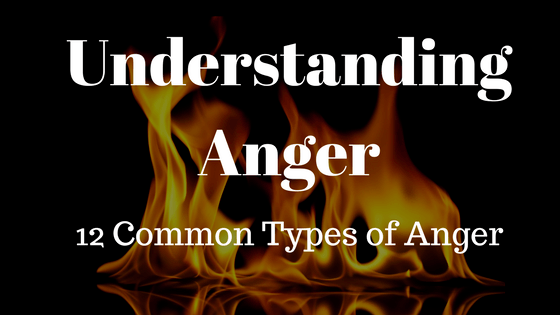 Anger is often seen as a major problem in the modern world. Anger can lead people to do things which they would never think themselves capable of. The biggest problem with anger is that, in its most severe forms, it seems to inhibit our self-control, leaving us almost helpless to stop ourselves doing something which we know we shouldn’t do. We all get angry from time to time and we often have good reason to. That, in itself, isn’t a bad thing. It is not the presence or arrival of anger which causes the problem; it is how we respond to the angry feelings building up inside us which determines whether the anger is problematic or not.

In fact, anger has often helped people to make better decisions because it helps them to identify things which they are no longer prepared to accept/tolerate. Anger can be a catalyst for real and lasting change.

So, the key to anger management is effectively processing the anger and turning it from something to be feared into an ally. Imagine if, as soon as you realised you were getting angry about a situation, you were able to choose a course of action which allowed you to remain calm while dealing with the issue you are being presented with. The key to being able to identify your anger lies in being to be able to identify the type of anger you are facing. There is more than one type of anger and each can cause you to behave in a different manner.

Enjoy open, honest and mutually beneficial realtionshps when you learn to free yourself from the grip of anger.

Learn powerful strategies to manage your anger and build better relationships with 'The Anger Management Handbook'. 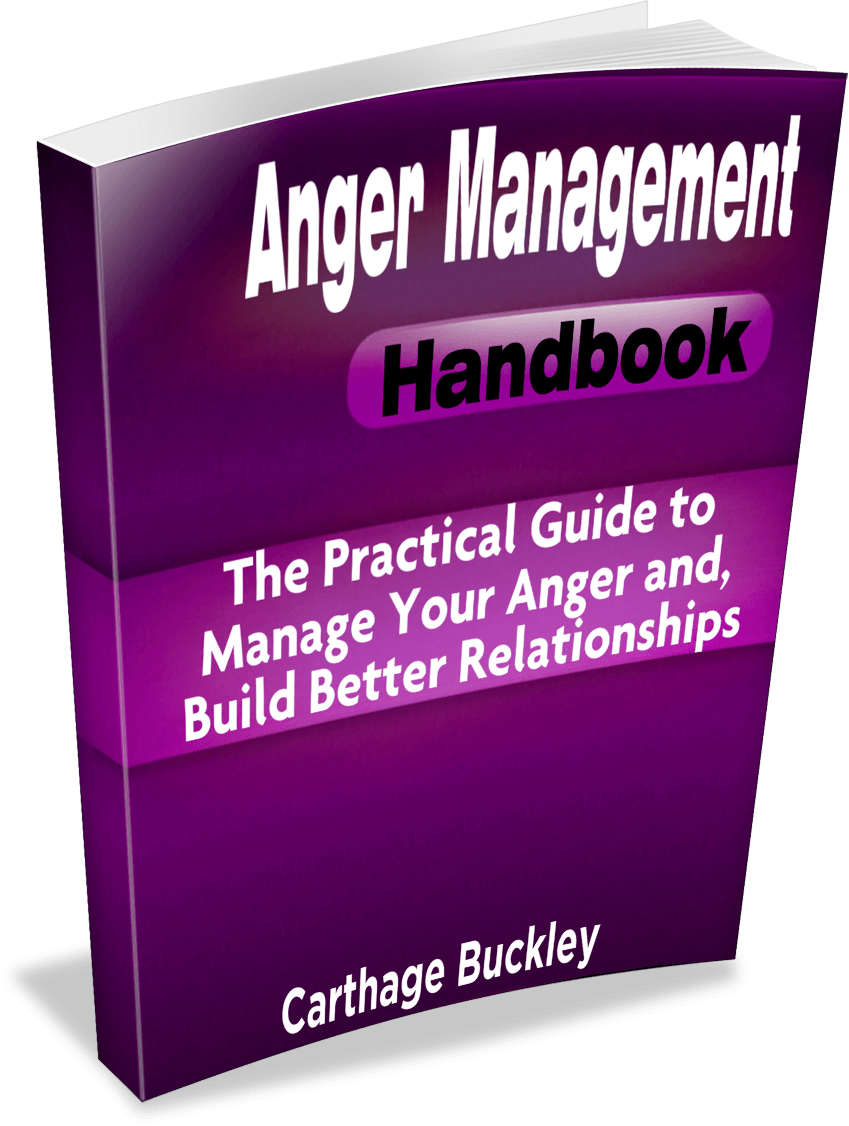 People who experience behavioral anger usually confront whatever is making them angry. And it's usually other people. It doesn’t matter whether the other person is genuinely doing something wrong or; the angry person is just in a bad mood and interpreting everything in the most negative way imaginable.

This confrontation typically begins with verbal rudeness and often escalates into violence.

For every minute you remain angry, you give up sixty seconds of peace of mind.

Those with chronic anger issues are the type of people whom you will just assume are going to be angry. Perhaps unfairly, you don’t wait for them to get angry; you just start out prepared for an explosion.

And, they'll fly off into temper tantrums at the drop of the hat and they're just angry all the time. One of the better things about those with chronic anger is that their anger will often disappear as quickly as it arrived.

Quite often, chronic anger is a result of low self-esteem and as such it really is the other person’s issue and; not necessarily a problem with the world around them.

Often the result of anger management techniques, these people channel their anger in a constructive manner to get desirable results.

It must be remembered that anger isn’t always a bad thing. Like all emotions, it exists for a positive reason. It’s just that as we humans have evolved, our use of anger has not evolved with us.

When channeled correctly and expressed in an appropriate manner, anger can help people to see the importance of an issue and; to come to the realisation that corrective action needs to be taken.

Not all anger is equal. Learn to differentiate between the different types of anger.

This kind of anger is sometimes referred to as ‘motivational anger’. It is often used by mangers, both in the workplace and more commonly, in sports. The idea is that when your ‘team’ sees how angry you are; they will be motivated to improve their performance.

It's often used as a ploy to control subordinates and it doesn't usually last long. The major issue with ruling by fear is that you have to keep pulling this stunt. Eventually, your subordinates begin to see through it and fail to respond; unless you escalate matters.

I shall allow no man to belittle my soul by making me hate him.

People who experience judgmental anger often have low self-esteem and they express their anger by putting other people down in public in an effort to try to make themselves look better.

I remember years ago I had a friend like this. He would never raise his voice in anger but he was always putting people down to make himself look better by comparison. Of course, making others feel small so that you can feel big always backfires.

My ‘former friend’ used to always insult me about my weight but then I lost a lot of weight and he was no longer in a position to do so. So, instead, he started to insult my mother’s weight. Needless to say, that was the final straw for me and I cut him out of my life.

While seeking revenge, dig two graves - one for yourself.

These people are so wrapped up in their anger that they can't take it anymore. They tend to have real difficulty in express their anger and concerns and instead, they bottle it all up. Eventually, they can’t hold it in any longer and it has to come out.

They often resort to destruction or even physical violence, causing harm to themselves or someone else.

While those with overwhelming anger can be very frightening, it is important to note that they rarely mean to cause anybody else harm.

They are really in need of help such as counselling.

I have created a FREE Checklist to teach you the Do's and Don'ts of Anger Management.

This type of anger is totally without cause.

Generally due to low self-esteem, the person imagines that someone is against him and resorts to anger and violence to lash back at their imagined attacker.

This is one of those areas of life where assumptions can cause major problems. The angry person has interpreted the words or action of somebody else as an attack and a slight on them.

Rather than raise the issue with the ‘offending’ party to clarify the matter; they apply their own interpretation by assuming that any offence, real or perceived, was intentional.

People won't have time for you if you are always angry or complaining.

These people typically use sarcasm or mockery as a way to express their anger & stay away from confrontations and conflict. It is commonly referred to as ﻿﻿Passive Aggressive Behaviour and it seems to have become more and more common in recent years.

This type of anger occurs when the angry person has a problem with somebody else but refuses to just come out and say it. Instead, they adopt a hostile attitude to that person through a range of measures.

Somebody who adopts passive anger often feels a little victory from the fact that the other person doesn’t even know why they are angry with them.

On the other side of the coin, the person with passive anger often becomes angrier with themselves for not being able to deal with the issue in a more open and appropriate manner.

Speak when you are angry - and you'll make the best speech you'll ever regret.

Probably the most common type of anger, this occurs as a direct response to someone else lashing out at you or doing something that makes you angry.

Rather than try to resolve the issue amicably, you deem it necessary to even the score. You are simply unprepared to allow somebody else to have the upper hand. Often, your retaliation won’t be at the same level as the ‘wrong’ which you were on the receiving end of. You want to prove a point and deter the other person from treating you badly again so, you up the ante to ensure you gain the upper hand.

At the most basic level, retaliatory anger can be funny as you watch two people behave like clowns in an attempt to prove a meaningless point.

At the most extreme level, retaliatory anger has been the cause of many conflicts around the world.

Did you know? There are at least 12 diferent types of anger.

People use this type of anger to punish themselves for something they think they've done wrong. Again, they may not have actually done anything wrong; they perceive that they have done so.

If you find yourself feeling this type of anger, you should consult your doctor for support and advice.

The best remedy for a short temper is a long walk.

Anger that's expressed verbally, not physically. They say ‘sticks and stones may break my bones, but names will never hurt me.’ Sadly, that is one of the biggest lies ever told. While a verbal attack may not leave any physical scars, the emotional pain can be overwhelming.

People who experience verbal anger use insults and criticism to put people down and hurt them psychologically. The intent is to hurt and the choice of words is deliberately emotive and often evokes imagery.

Verbal anger is often used as a means of control where the angry person strips away the other person’s self-esteem and willpower. Once they have broken the person down, they can shape them to meet their needs.

Anger dwells only in the bosom of fools.

When something is volatile, it's explosive.

Anger is the same way.

This type of anger can erupt out of nowhere and can be extremely violent.

It often comes and goes without any warning. The major problem with volatile anger is that it doesn’t need a reason and therefore, is extremely difficult to predict.

Being difficult to predict means that if you are on the receiving end, you don’t get much time to react or determine an appropriate response.

Enjoy open, honest and mutually beneficial realtionshps when you learn to free yourself from the grip of anger.

Learn powerful strategies to manage your anger and build better relationships with 'The Anger Management Handbook'.

So, there you have it – 12 of the most common types of anger. Each of us experiences anger differently and so; we need to learn to manage our own anger in the way which works best for us. Once you identify the type of anger you experience most, you can start the journey to managing your anger in a constructive manner which allows you to turn your anger from a destructive weapon into a powerful ally. Do note that the journey to an anger-free life may require some professional assistance. This should never be seen as a weakness or a stigma. It should be seen as a sign of courage – someone to be admired for facing up to their difficulties and taking constructive action.

Are you angry because you are too nice?

Managing anger – 8 tips to make it a positive experience

Manage an aggressive person with these 6 tips

6 Strategies to respond to someone who is angry