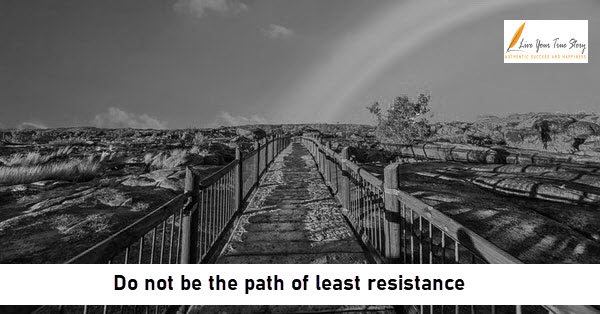 Do not be the path of least resistance

In the part of rural Ireland that I am from, we have a common insult that is used to refer to certain people – ‘a tool’. It means an idiot. But in most uses, it is not that they are any harm to others; if anything, they do more harm to themselves with the way they behave. There is another way in which I would use the term ‘a tool’ to describe someone; that is someone who allows themselves to be the path of least resistance in life. If you choose to be the path of least resistance, you will quickly become ‘a tool’ in other people’s lives. You will be putting yourself out there to be used for their benefit, to help them meet their needs and objectives. To be helpful to others is a noble aim but when it costs you the opportunity to do anything for yourself, and those who use you do not have any regard for you; then you are not being helpful’ you are being ‘a tool’.

Every aspect of life

Although I am going to use a work-related example here, the issue I am discussing in this article can happen in any area of life where there is someone else involved, e.g.:

During my early working life, I was very eager to please and be seen as helpful. Again, this seems like a nice aspiration, but my execution of this aim was poor. I was not helpful, I was the path of least resistance. I was the person least likely to object when people wanted to dump their work on somebody else so, I ended up with an in-tray full of other people’s work. It was my first job after college, and I didn’t know any better. During the last year in that job, two of my colleagues received promotions. I had done a lot of the work that they were recognised for doing but nobody was going to recognise me for it. It was their job to get it done and they had been successful, even if the way they got it done was to dump it on me.

It may sound ok but there was a bigger problem. I was so busy getting other people’s work done, that I wasn’t getting my work done. In fact, I was refused a bonus on the basis that I wasn’t working to the high standard expected of me. That’s fair enough. I failed to see that I was going to be measured on my work, not how helpful I was in completing other people's work for them.  When you are the path of least resistance, that is where you are likely to see a problem. You are failing to do what you expect of yourself or, what is expected of you because you are busy doing for others what is expected of them. You might want to read that a couple of times.

People are only human and they want to take the path of least resistance in their lives. They want the easiest, most direct route from where they are to where they want to be. It is your job to make sure that their path does not pass through your or if it does, that you charge an appropriate toll i.e. there must be an appropriate benefit for you in exchange for the help and support you give. You don’t want to be doing other people's work for them but depending on your position, a certain amount of it may be required. If that is the case, at a bare minimum, you must make sure that helping these people is included in the goals and criteria used to evaluate your performance i.e. when arguing for promotions, bonuses, etc. these actions must count in your favour. If they don't then you should not be doing the work.

I am not talking about one-off situations where somebody genuinely needs your assistance and you are in a position to help. I am talking about repeat offenders who repeatedly dump their work on you..

In a later job, I again started on the wrong foot by being too agreeable and helpful. I was quickly taken advantage of. It took a little while but I saw the error of my ways. I quickly resolved to do only my work. After a few weeks, my immediate boss (a nice guy whom I got on well with) asked me to do something extra and I said ‘No’. He replied with ‘Are you just being difficult?’ My first reaction was an angry one where I wanted to tell him where to go but instead, I bit my tongue. Then I realised that I was being difficult. Rather than deny it, I prouldy said ‘Yes, I am’ and got back to my work.

Before that day, I would have been offended if someone accused me of being difficult. But that day I realised that there are situations in life where you need to be difficult. You need to set down a marker that tells others that if you push me too far, I will make it very unpleasant for you. You must remember that most people who bully or take advantage are cowards. Others are just lazy. They don’t want difficulty so as soon as you present them with some, they will move on to the next target. You may have to remind them a few times but they will get the message and move on.

Do I have to be unreasonable?

How difficult do you need to be to stop others from taking advantage of you or using you?

You don’t have to go to the point of being completely unreasonable though if you have never been assertive before, the best way to learn the limit of your assertiveness is to go too far and have to reel it back a little.

Here is an old story that illustrates how difficult you need to be:

Two men were out walking in the country fields when they saw a bull ahead of them.

As soon as the bull saw them, it made a charge for them.

The two men turned and ran away as fast as they could.

As they ran, with no safety in sight, one man said to the other ‘Do you think we can outrun this bull?

The second man realised that the bull would focus on the first man he caught which would give the second man the chance to escape. That is what it is like when you need to be difficult. You don’t need to become the most difficult person in the room; at least not straight away. You just need to be more difficult than at least one other person. Then the person using you will turn their attention to them. It might sound like you are being cruel to the new ‘victim’ but you are not. You learned that you need to be more difficult/assertive because you ended up in a bad situation. They need to learn to do so too.

Of course, your focus shouldn’t be on anyone else. You should focus on being your assertive best, learning to set boundaries, and learning to say ‘No’ with greater ease. Not only will you improve your lot but you will be an inspiration and role model to those who have also allowed themselves to become the path of least resistance.

My Life; My Rules

Learn to set healthy and effecitve boundaries. Learning to do so will drastically improve your life and stop people walking all over you.

'My Life; My Rules: How to Set Healthy Boundaries' will teach you to do so. 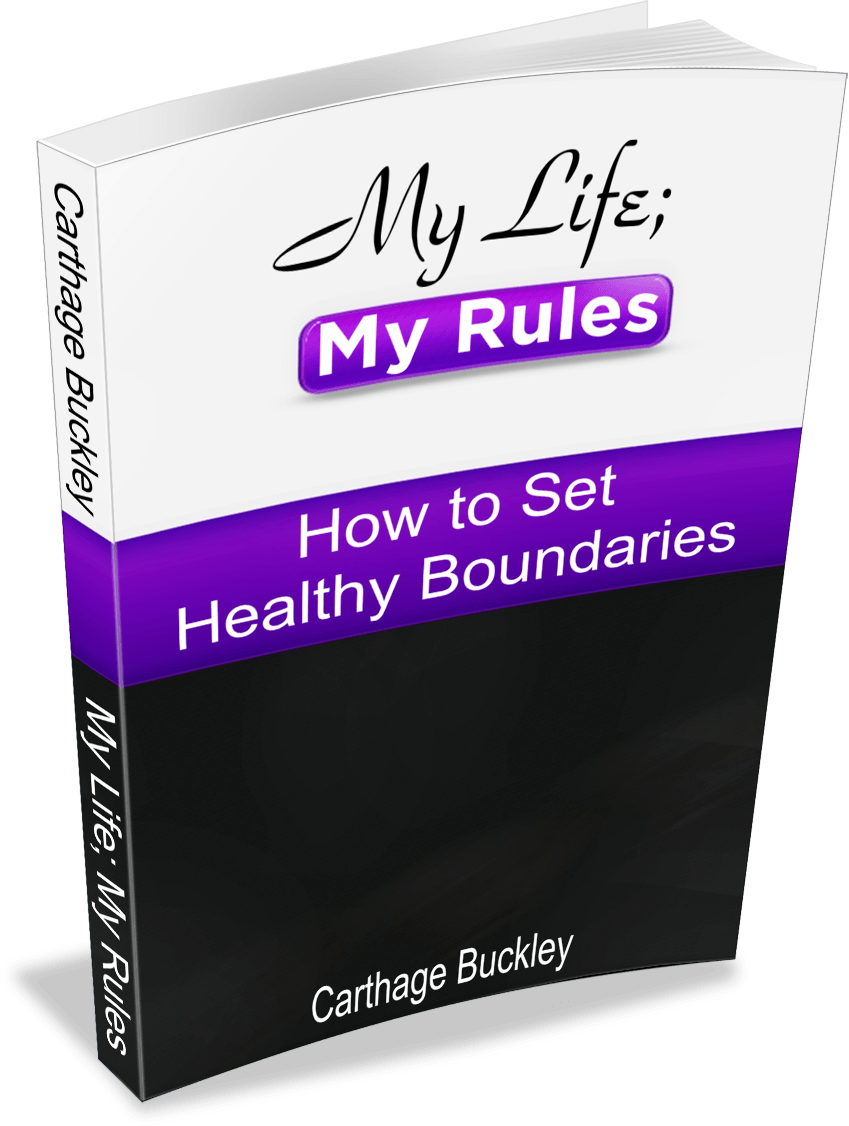 Don’t stand up for them – stand with them

7 Situations where you need to set a boundary