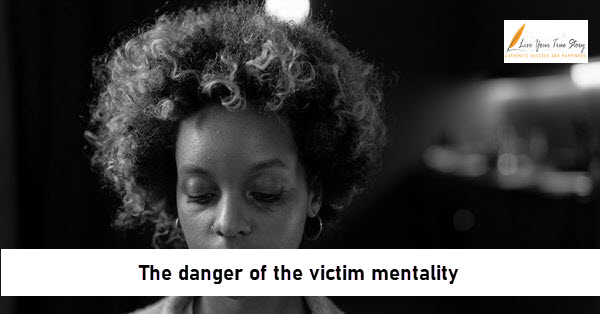 I was watching a course by one of my favourite authors, Robert Holden, last night.

The topic was happiness which is something Robert has become a real expert on.

In last night’s talk, Robert addressed the importance of identity in our happiness.

How we perceive ourselves is critically important in experiencing our happiness.

At one point in the talk, Robert raised the issue of ‘The Victim Mindset’

This is where we perceive ourselves to have been a victim of someone else’s wrongdoing.

It can be an incredibly powerful and devastating mindset to develop.

You become bitter, angry, and often obsessed with the idea of getting your revenge.

The anger and bitterness can go on for years, inhibiting your ability to move on with your life.

Robert’s advice is that we need to recognise that life happens for us; it doesn’t happen to us.

This immediately made me think of an example from my life.

I had taken a job in a factory to help support me as I grew my business.

I went in as an operator, the lowest level and that was all I wanted as it gave me the money I needed without having to take unnecessary responsibility.

Everything was going fine until one day I was offered a promotion.

As I had some things I wanted to buy, I decided to take the promotion and the pay rise that came with it.

Pretty much straight away, I was receiving calls to cover shifts for others.

I was getting very few days off and constantly changing between day shifts and night shifts.

I just did what I was asked to do and got on with it.

But it was difficult, and no attempt was ever made to train me.

To say I was stressed would be an understatement.

Then, one day, a new roster was put on the wall in the canteen.

I looked at it and realised that I was being demoted back to doing what the operators did.

I had been treated like crap for over a year, left in a ball of stress without any support and now they didn’t even dare to look me in the eye and tell me that they were taking the job off me.

Thankfully, as I had done nothing wrong, they could not lower my pay back to the operator rate.

They kept trying to get me to do extra work but by now I had enough and was standing my ground.

I was going to do the operator’s job and I would only do extra if it suited me to do so.

I was angry, bitter, and longing for revenge.

It consumed me in every waking moment, even when I was trying to work in my own business or trying to enjoy some personal time.

Every conversation I was having with friends and family was taken over by these events, and relationships were being damaged as a result.

I was so obsessed with my victim mentality that I was close to breaking point.

Then, one glorious day, a stream of helpful thoughts entered my mind, one after the other:

Then the real realisation kicked in – I had the best job on the factory floor.

Life was working for me, It was I who had worked against me by taking on a role I didn’t want or need.

I had tried to be a ‘Nice Guy’ desperately seeking to please everybody else while having no regard for myself.

I had been out of alignment with, and ignoring one of my guiding values – ‘To take responsibility for my own life.’

So, I took responsibility and started living my life on my terms.

I was no longer hurt and angry.

Work started being more fun and I quickly realised what I wanted from life.

After saving enough money, I departed the company, happier than ever.

If you feel like life is acting against you, revisit your values and see where you might be out of alignment.